[Global Network Report] The NBA Rockets official website just issued a statement from Morey. He said that he will resign from the Rockets on November 1.

"After returning from Orlando, I recalled the glory of the Houston Rockets for 14 years and discussed my ideas with my family and close friends. I decided to leave the Rockets on November 1." Morey said in a statement. In addition, Rockets owner Tilman Filtita also expressed his gratitude to Morey for his hard work and dedication in the past 14 seasons on behalf of the Rockets. 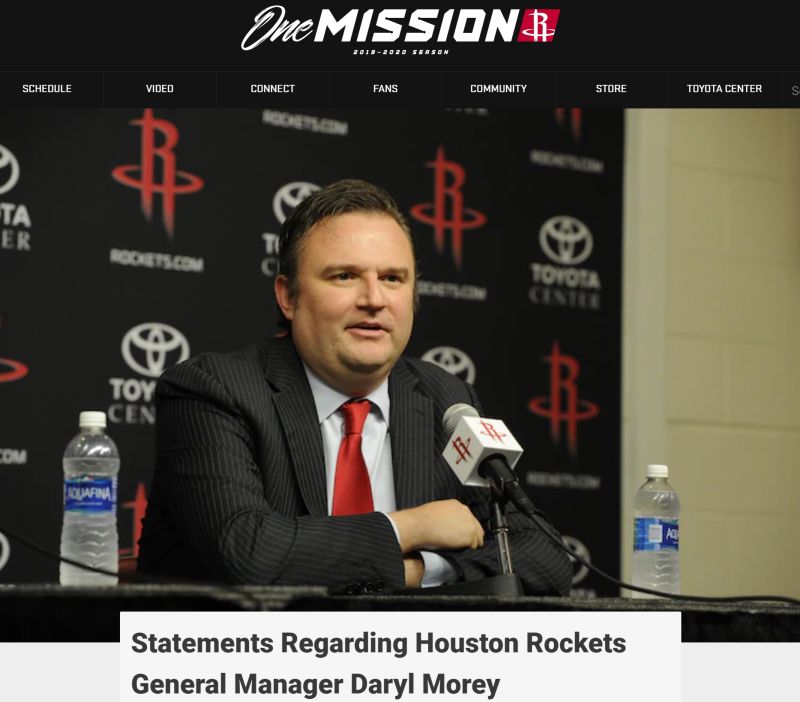 [Global Net report, reporter Zhao Jiandong] Morey is going to resign? According to sources quoted by ESPN, the general manager of the NBA Houston Rockets, Darrell Morey, who has caused an uproar over Hong Kong-related remarks, has reached a resignation agreement with the team owner. 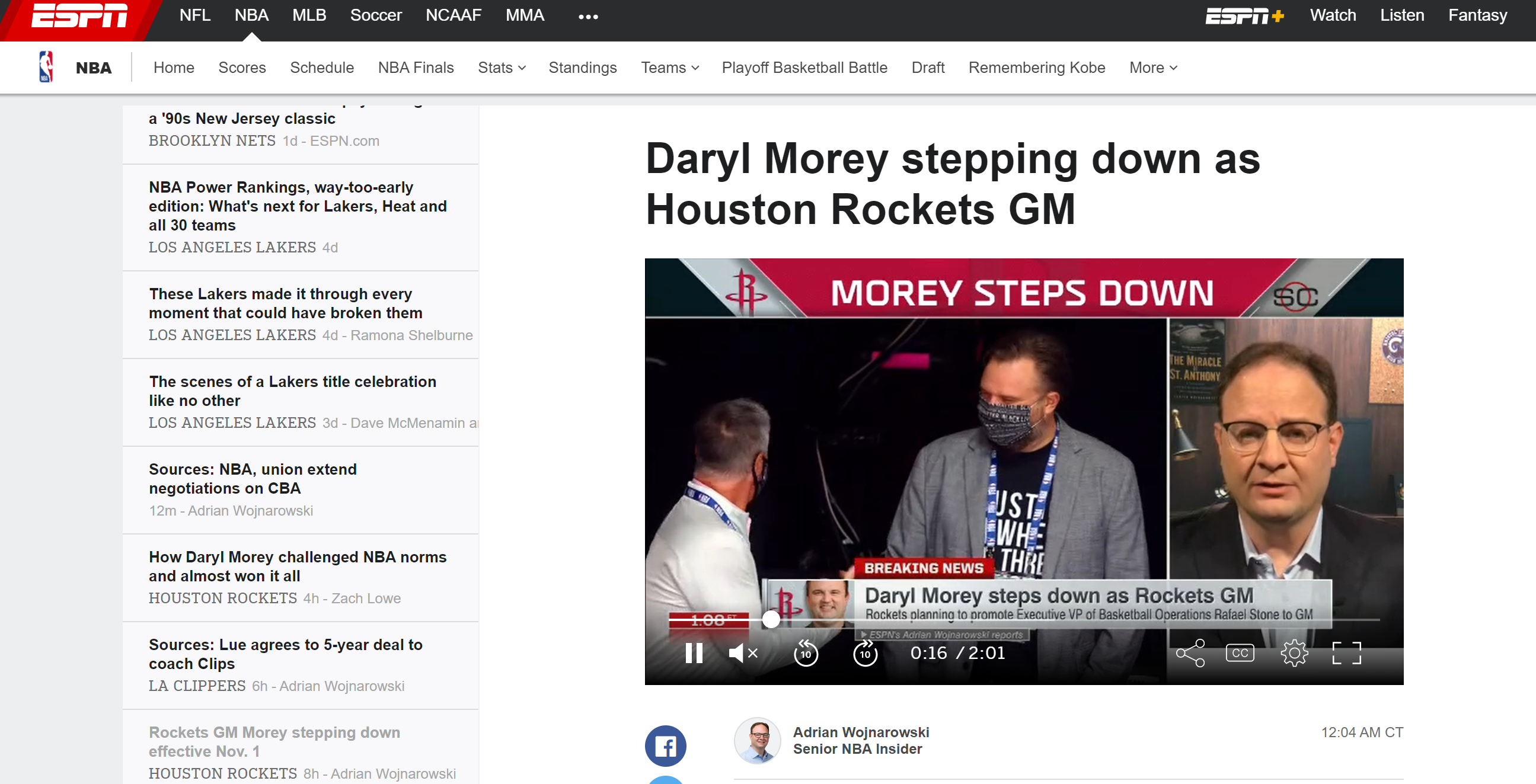 The report quoted a source as saying that Morey had quietly reached a resignation agreement with the team owner Tilman Fertitta after the Rockets were eliminated in the Western Conference semifinals of the NBA this season.

In addition, the source said that Morey does not rule out the possibility of returning to the NBA in the future, but from the current point of view, he is likely to explore career areas that may interest him.

According to reports, Morey will temporarily serve as an advisor to the team to help the Rockets find a suitable head coach. According to sources, the Rockets intend to promote Rafael Stone, vice president of basketball operations, to the new general manager. He is expected to become the 10th black executive with the title of general manager of an NBA team.

In October last year, Morey's inappropriate remarks related to Hong Kong caused an uproar in China. Including team boss Fertita, star James and others responded to his inappropriate remarks. The Chinese Basketball Association said it would suspend exchanges and cooperation with the NBA Houston Rockets club. Many domestic companies and video websites have also announced the suspension or suspension of cooperation with the Houston Rockets.