——Who is the "whistleblower" of the black whistle in Chinese football? (Seven)

10. Why the lawyer's defense of Zhou Weixin's innocence was not accepted by the court

Lawyer Deng Hong argued for Zhou Weixin in accordance with the legal provisions. She also admitted afterwards that the reason for choosing an innocent defense was based on respect for the law. In fact, she also knew that it was difficult for Zhou Weixin to be acquitted. After all, this case has a great impact. However, according to the innocence defense, asking the court to give full consideration to the lawyer's opinions can facilitate a light sentence of Zhou Weixin.

But the court basically cannot accept the lawyer's defense of innocence. 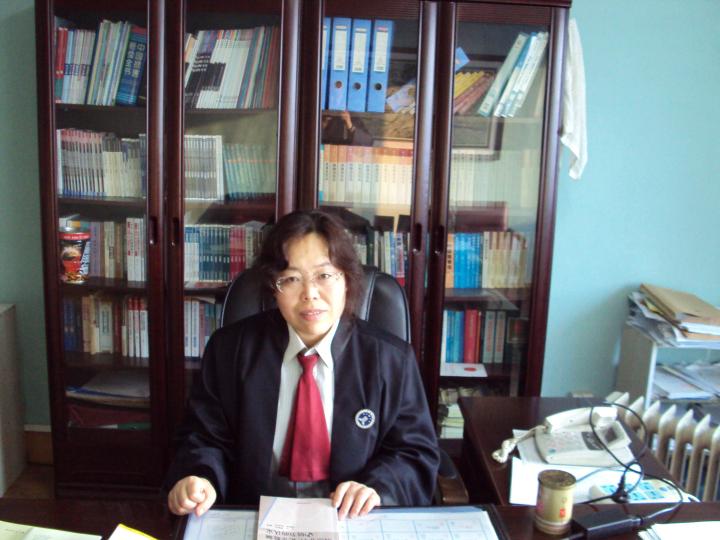 In mid-February 2012, the Intermediate People's Court of Dandong City made a judgment of first instance.

This court believes that the Chinese Football Association is a social organization registered with the Ministry of Civil Affairs. Defendant Zhou Weixin was appointed by the Chinese Football Association to be judged in the National Football League. He took advantage of his position as a football referee and accepted requests from others. The amount of money received for the second time is huge, and his behavior has constituted the crime of bribery of non-state employees; defendant Zhou Weixin, in order to seek illegitimate benefits, gave non-state employees a huge amount of bribes, and his behavior constituted bribery of non-state employees All crimes should be punished. 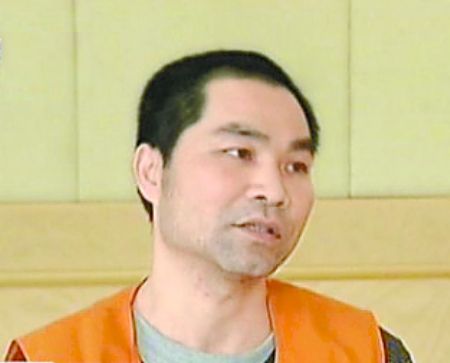 The verdict is as follows:

Zhou Weixin said immediately that he pleaded guilty and accepted the sentence and no longer appealed.

11. The parties to the strike talk about Zhou Weixin 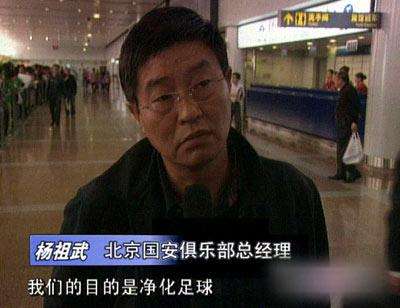 Yang Zuwu, who went on strike that year, said after Zhou Weixin was detained: "Chinese football is like a nouveau riche without a soul. It is really sad to see dozens of senior officials, referees and players of the Football Association go in. At the same time, I feel that this will trouble Chinese football. Years of unhealthy trends will be greatly reversed. However, if we do not explore the establishment of a healthy football management system and operating mechanism, there will be new Zhou Weixin emerging in an endless stream." Yang Zuwu recalled that at the time, stimulated by the referee's black whistle, the team was angry. To the extreme. If you continue to play, you are worried that the players will lose their minds, leading to unforeseen vicious events and even worse effects. At the same time, we also want to fight the black whistle in such a fierce way. The black whistles should think about it, for the sake of tens of thousands and hundreds of thousands, you disrupt fair competition and fool fans. Today, a club spends less than tens of millions a year, or more than 100 million yuan, completely controlled by their behavior. Some clubs lost tens of millions because they were downgraded. What is their conscience and morality. Of course, a strike is indeed not a proper method, and I hope to understand it when it happens in that environment. "

After learning about Zhou Weixin亚博最新链接’s sentence, Xu Yunlong, the captain of the Guo’an team, said: “That scene is indeed annoying and deceiving. The incident has been many years and the law has imposed sanctions on him. I only hope that he will reform in prison and he will be used to it. , Don’t be bullied inside, don’t let the prison tyrant bully..."

A football leader from Guangdong and I had a meeting in Fujian the year before and asked about Zhou Weixin’s current situation. The leader said that Zhou Weixin had no brains, so the pressure was not great. He would not cry bitterly in court, nor would he regret that his future was interrupted. He will not end up depressed like Gong Jianping. He still has a certain reputation in the Guangdong football industry. He plays football, drinks and whistles with some small and medium-sized enterprises on weekdays, and spends a happy football life. (Finish)

(This article is "Review of those things about Chinese sports" 11)